The Difference Between Being Nice and Being Loving 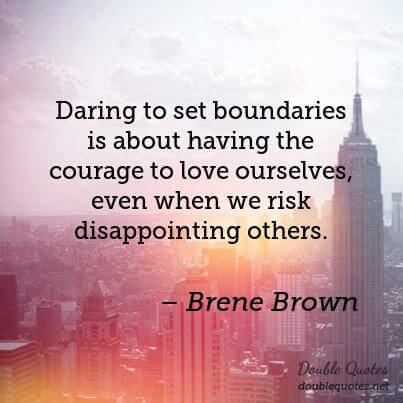 A misconception that often arises about mindfulness is this: If I accept everything as it is, won’t I become a doormat?

In fact, the opposite is true. Mindfulness is not about becoming a super kind, loving and generous person, although those side effects can happen. It’s a practice of seeing clearly and choosing a wiser response, one that perhaps is different than your normal habitual reactions, or no response at all. It allows just enough space to see that we are responsible for ourselves, our emotions and our lives. Response-ability is the ability to choose a response.

I had a conversation some time ago with a mother trying desperately to cope with a defiant teenager.  It went something like this:

I said “How do you feel when he does that?”

“I get so angry I could cry. I feel hurt, helpless, and scared that I can’t control him. I don’t know what he will do.”

Me: “That’s a valid concern. How do you behave?”

Of course the situation deteriorates and they both leave feeling misunderstood, angry and disconnected.

They are caught in a pattern that, unless one shifts, will continue. It only take one to change the pattern.

As the mom began to understand and take responsibility for her own experience in the moment, she was more able to shift to what she really wanted. This takes practice.

One day she came in and expressed: “Finally, I did the right thing. I breathed. I stood firmly and felt my feelings rise. I said “I love you. And I worry about you.  I don’t like how you speak to me and I am going to ask you to stop so we can really talk. Come to me when you are ready.”  (It also did involve taking car keys away… lovingly). She maintained eye contact and stayed present. He huffed away and slammed his bedroom door. But, their standoff was shorter, she felt better and eventually they were able to talk again.  She let go of what she could not control and responded in a way that she felt dignified. Not easy to do when we are scared, but what were her options?

She dared to love herself first. She role-modeled something very powerful for her son. Taking response-ability.

Sometimes being loving means honouring yourself first, and setting firm boundaries with love. This may not feel ‘nice’ but ‘nice’ can quickly turn to mean when we don’t get what we want, or boundaries are crossed.

There will always be parts of life, the world, people and yourself that you don’t like. But the more we try to avoid, resist, control or push out those parts as ‘evil’ or ‘bad’, the more you think about them and actually make them bigger.

Life is not about following a strict moral or ethical code, it is about living in humanity.

Humanity means accepting all, as it is, then choosing the best response.

Judgements about ourselves or others is always limiting.

What are you presently resisting? Think about the energy, physically and mentally, you spend in resistance.

What would it be like to accept it, in it’s entirety? Therein lies your freedom. Now, if necessary, set boundaries out of love and give up being ‘nice’ about it.

Have a great week everyone,

2 thoughts on “The Difference Between Being Nice and Being Loving”